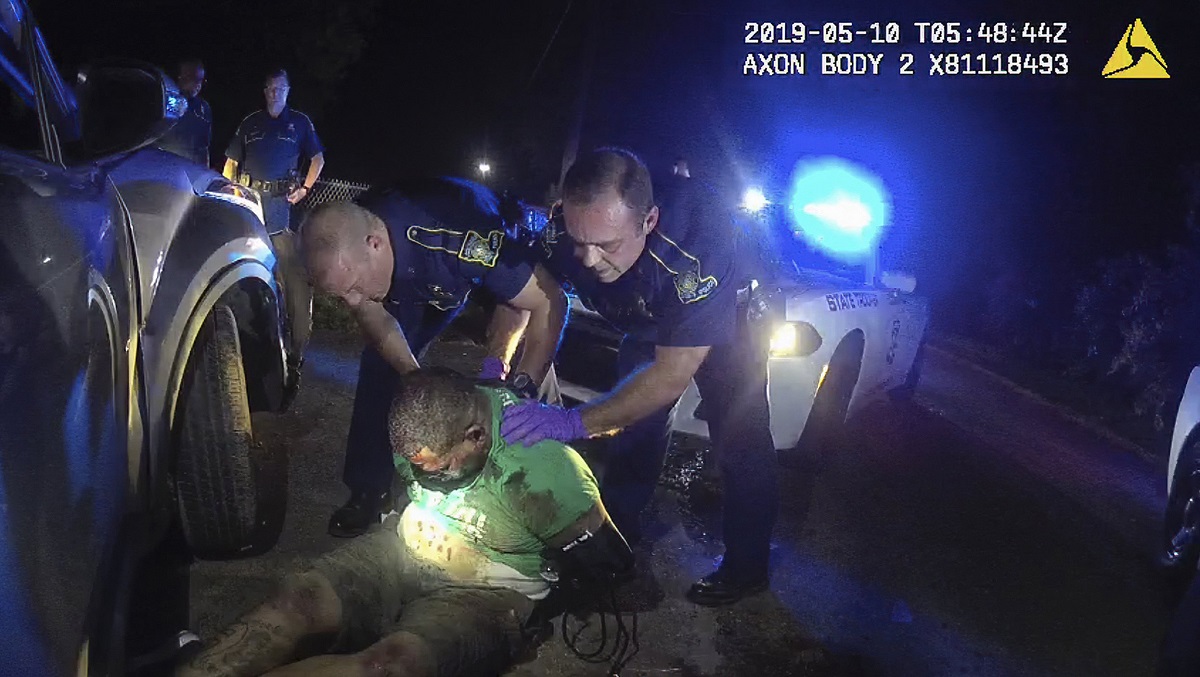 This image from video from Louisiana state police state trooper Dakota DeMoss' body-worn camera, shows troopers holding up Ronald Greene before paramedics arrived on May 10, 2019, outside of Monroe, La. The video obtained by The Associated Press shows Louisiana state troopers stunning, punching and dragging the Black man as he apologizes for leading them on a high-speed chase, footage authorities refused to release in the two years since Greene died in police custody. (Louisiana State Police via AP)

The Louisiana State Police unit that killed Ronald Greene, a 49-year-old Black man, by tasering, punching and dragging him during an arrest in 2019 is under an internal investigation looking into whether officers are systematically targeting Black motorists for abuse. That’s according to the Associated Press, which reports investigators are probing the violent arrests of three other Black men by the same police unit: one who was punched, stunned and hoisted to his feet by his hair braids; another who was beaten after he was handcuffed; and yet another who was slammed 18 times with a flashlight. The investigation is focused on white officers with State Police Troop F — a notorious unit in northeastern Louisiana whose officers have mislabeled body-camera videos, turned off their cameras during arrests, and otherwise worked to hide evidence from investigators. Some of the troopers already face felony charges.