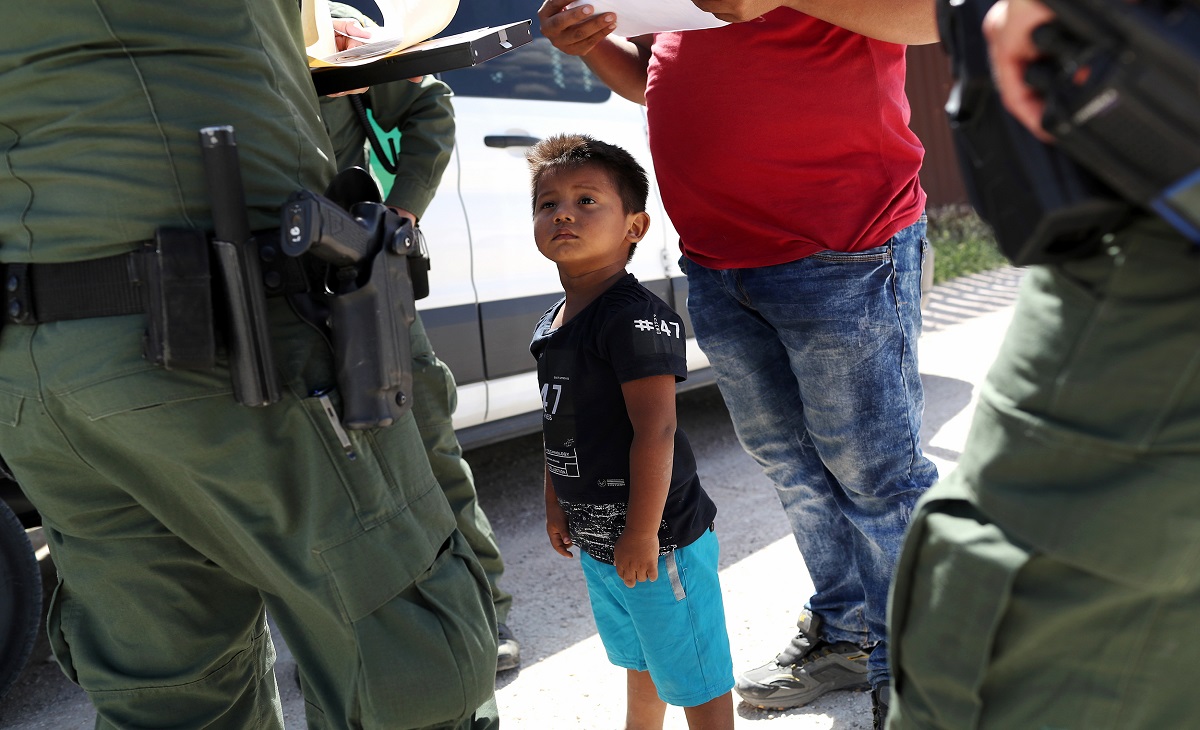 MISSION, TX - JUNE 12: A boy and father from Honduras are taken into custody by U.S. Border Patrol agents near the U.S.-Mexico Border on June 12, 2018 near Mission, Texas. The asylum seekers were then sent to a U.S. Customs and Border Protection (CBP) processing center for possible separation. U.S. border authorities are executing the Trump administration's "zero tolerance" policy towards undocumented immigrants. U.S. Attorney General Jeff Sessions also said that domestic and gang violence in immigrants' country of origin would no longer qualify them for political asylum status. (Photo by John Moore/Getty Images)

WASHINGTON — Lawyers appointed by a federal judge to identify migrant families who were separated by the Trump administration say they have yet to track down the parents of 545 children, and that approximately two-thirds of those parents were deported to Central America without their children, according to a filing from the ACLU on Tuesday.

The Trump administration instituted a “zero tolerance” policy in 2018 that separated migrant children and parents at the southern U.S. border. The administration later confirmed that it had actually begun separating families in 2017 along some portions of the border under a pilot program. The ACLU and other pro-bono law firms were tasked with finding the members of families separated during that pilot program.

Unlike the 2,800 families separated under zero tolerance in 2018, most of whom remained in custody when zero tolerance was ended by executive order, many of the more than 1,000 parents separated from their children under the pilot program had already been deported before a federal judge in California ordered they be found.

“It is critical to find out as much as possible about who was responsible for this horrific practice while not losing sight of the fact that hundreds of families have still not been found and remain separated,” said Lee Gelernt, deputy director of the ACLU Immigrants’ Rights Project. “There is so much more work to be done to find these families.”

“People ask when we will find all of these families and, sadly, I can’t give an answer. I just don’t know. But we will not stop looking until we have found every one of the families, no matter how long it takes. The tragic reality is that hundreds of parents were deported to Central America without their children, who remain here with foster families or distant relatives.”

The ACLU and other organizations that are part of a court-appointed “steering committee” learned that more than 1,000 families were separated in 2017 based on data provided by the Department of Homeland Security. Of those, it has been able to contact the parents of more than 550 children and believes about 25 of them may have a chance of being able to come back to the U.S. for reunification.

In this article:Migrant Children, Separated, Trump