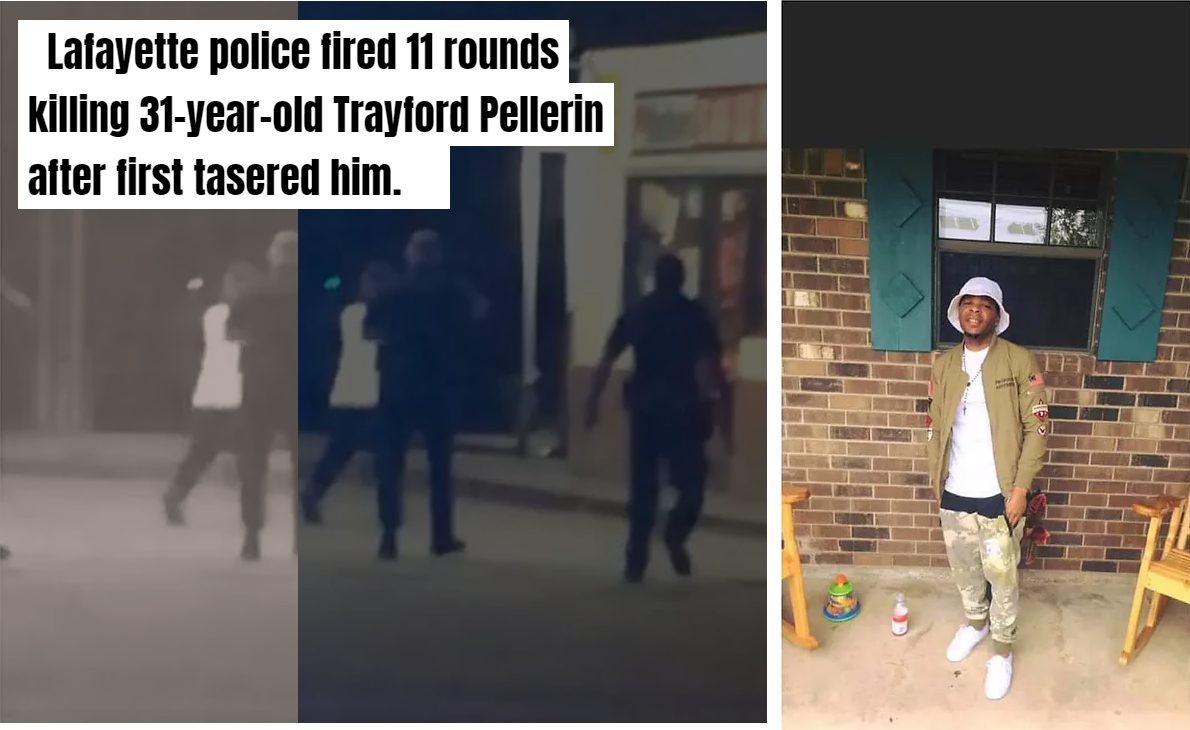 A Black Lafayette man, shot Friday night by police in a flurry of 11 gunshots while surrounded by a half dozen officers, died later in an incident some community leaders argue should not have ended in the fatal shooting.

Louisiana State Police identified the man killed as 31-year-old Trayford Pellerin and said he was carrying a knife when police first tasered him and later shot and killed him.

Rickasha Montgomery, a witness who filmed a video of the police shooting of the suspect, said she saw what appeared to be a knife in the man’s hand. She said officers tased him, but he kept walking down Evangeline Thruway away from police.

She saw about six officers with guns pulled out, she said. Officers yelled for the man to get on the ground, the 18-year-old Montgomery said. But when the man reached the door of the Shell gas station, officers shot him.

“When I heard the gunshots, I couldn’t hold my phone like I was first filming,” the Lafayette woman said. “I feel kind of scared about it. I’m traumatized. You’re so used to hearing about this, but I never thought I would experience it.”