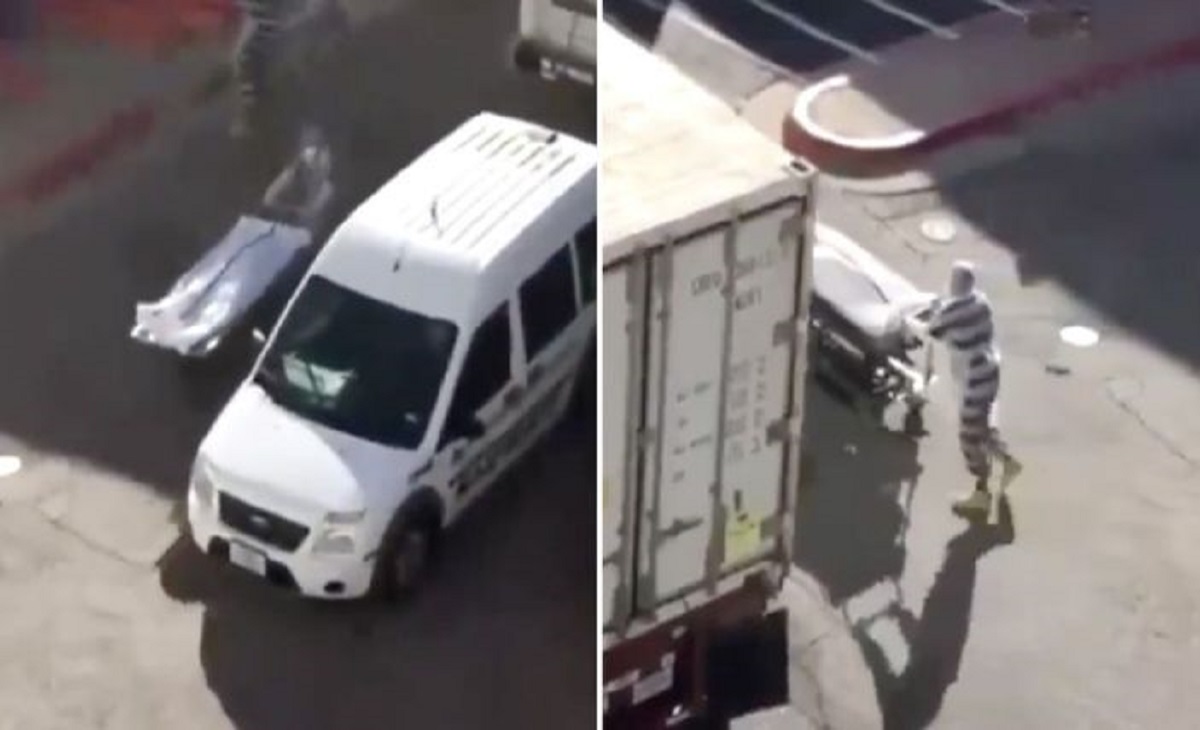 Chilling video has emerged of prisoners removing the bodies of patients who have died from Covid-19 as hospitals in Texas become overwhelmed by the rising fatalities.

The footage, shared on Twitter by American epidemiologist Eric Feigl-Ding, shows inmates wheeling out the bodies into truck containers which are acting a mobile morgues.

Dr Feigl-Ding explained the truck containers were “overflow morgues” and there were 10 of them parked in the area after the hospital added six more earlier this week.

The vision is from El Paso where the state just successfully overturned an order introduced by the local county forcing the closure of nonessential businesses in an effort to slow the spread of the coronavirus.

“They’ve been doing this tough work since Monday, before El Paso increased to 10 mobile morgues. I cry for El Paso.”

He labelled the footage “chilling”.

“Over 230 inmates have died from Covid in Texas. 80 per cent of them were in pretrial detention and hadn’t even been convicted of a crime. In addition, 58 per cent of Texas prisoners who died from COVID were eligible for parole,” he commented alongside the clip.

Texas has been struggling to control the coronavirus, and on Wednesday (local time) it became the nation’s first state to pass the 1 million mark in confirmed cases of Covid-19 since the pandemic began. California followed a few days later.

“From expecting inmates to risk their health and wellbeing for chattel wages, to the gross indifference political leaders display as bodies stack higher and higher and corporations make record returns off all this misery. Something better change,” remarked one Twitter user in response to the video.

“That is absolutely appalling – using inmates to do dangerous work,” another said, while one person labelled the situation “simply horrifying”.