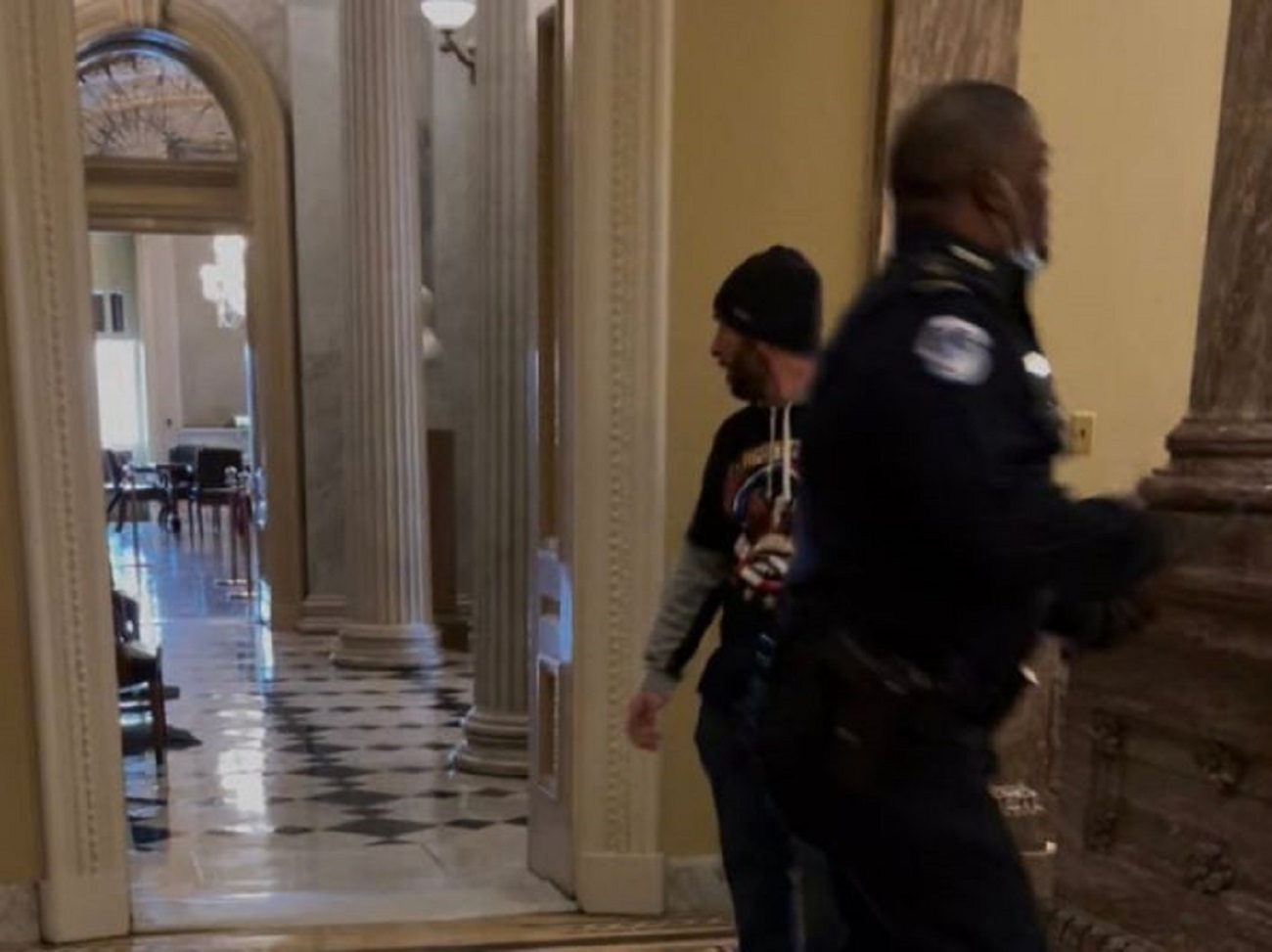 A police officer is being hailed for his role steering an angry crowd away from the Senate chamber in Wednesday’s deadly storming of the US Capitol by supporters of President Donald Trump.

Capitol Police officer Eugene Goodman, identified by CNN reporter Kristin Wilson, can be seen in a video getting protesters to move away from the Senate as police raced to secure the chamber.

In the confrontation, Goodman puts himself between a man wearing a black T-shirt for the QAnon conspiracy movement and a hallway leading to the Senate chambers, then shoves the person to induce him and the crowd to chase Goodman toward officers in the opposite direction.

Capitol Police did not respond to a request regarding the identify of the officer.

In this article:Capitol Police, Eugene Goodman, Lured, News, Rioters Away, US Senate Chamber

GRAPEVINE, Texas - A North Texas man has been arrested after he was identified as one of the people who stormed the...