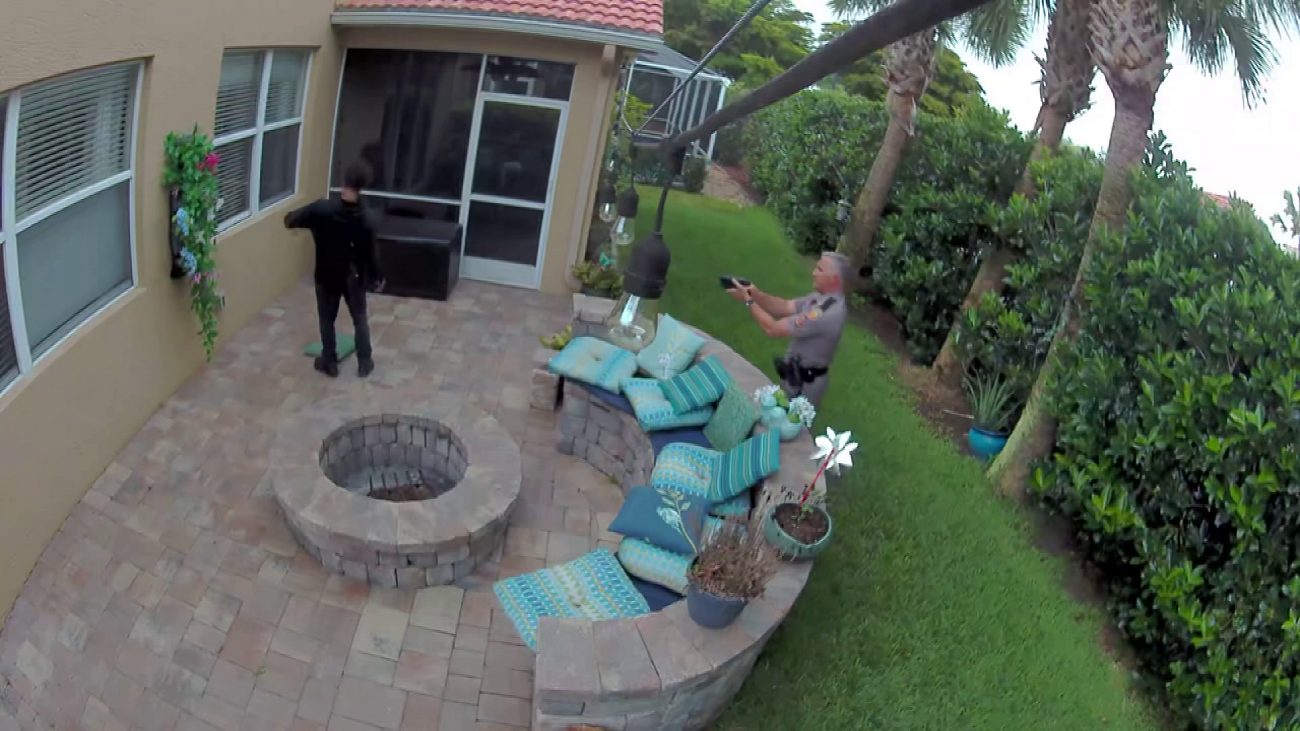 A Florida teen was tased by a state trooper in his girlfriend’s backyard — an incident his mother claims was due to racial profiling.

Jack Rodeman, 16, was walking to the Fort Meyers home in an upscale neighborhood on June 16 when he was followed by Trooper George Smyrnios, who described him as a suspicious person in an arrest report, according to WINK.

The trooper trailed the teen into the backyard and tased him as he was texting his girlfriend to come outside, according to the local station. The incident was captured on a security camera.

Rodeman was reportedly arrested for loitering, possession of medical marijuana and a criminal traffic violation, and sent to a juvenile detention center for 21 days.

Smyrnios made the arrest even after the suspect’s girlfriend came outside and explained the routine situation, according to the report.

In the footage, the trooper is heard ordering the teen to put his hands behind his head.

“I didn’t do nothing…” Rodeman replied, just before the cop tased him.

The teen then fell to the ground and slammed his head into a brick fountain with enough impact to dislodge a brick, footage showed.

The arresting officer said the teen “darted” through shrubs to access the backyard, and wasn’t complying with his commands, the article said. In court documents, Smyrnios reportedly wrote he “could not see (Jack’s) hands” and “I was concerned that he might have a weapon.”

Rodeman’s mother has hired an attorney to fight the arrest and use of force, which she reportedly contents was due to her son’s race. Rodeman has dark skin and was wearing all black, the surveillance footage shows.

“He is going to have to be x-rayed and looked at for any vertebral fractures without a doubt,” attorney Derek Tyler told the station.

“FHP trooper George Smyrnios repeatedly tased 16yo Jack Rodeman as he waited for his girlfriend on her back deck!,” Crump tweeted Tuesday night.

“Smyrnios hasn’t been suspended or punished for his unlawful actions against this teen who posed NO THREAT! He should be held accountable for his egregious actions!”

Under Florida Highway Patrol guidelines, the use of the Taser was unlawful, experts told the station.

“The most egregious part to me is here’s a kid who was offering no active resistance but passive resistance by being on his phone and texting and because he failed to comply with your lawful order you shot him with a Taser and he fell and hit his head on a brick,” said David J. Thomas, a former police officer and professor of forensic studies told WINK.

The incident is reportedly under administrative review by the FHP.