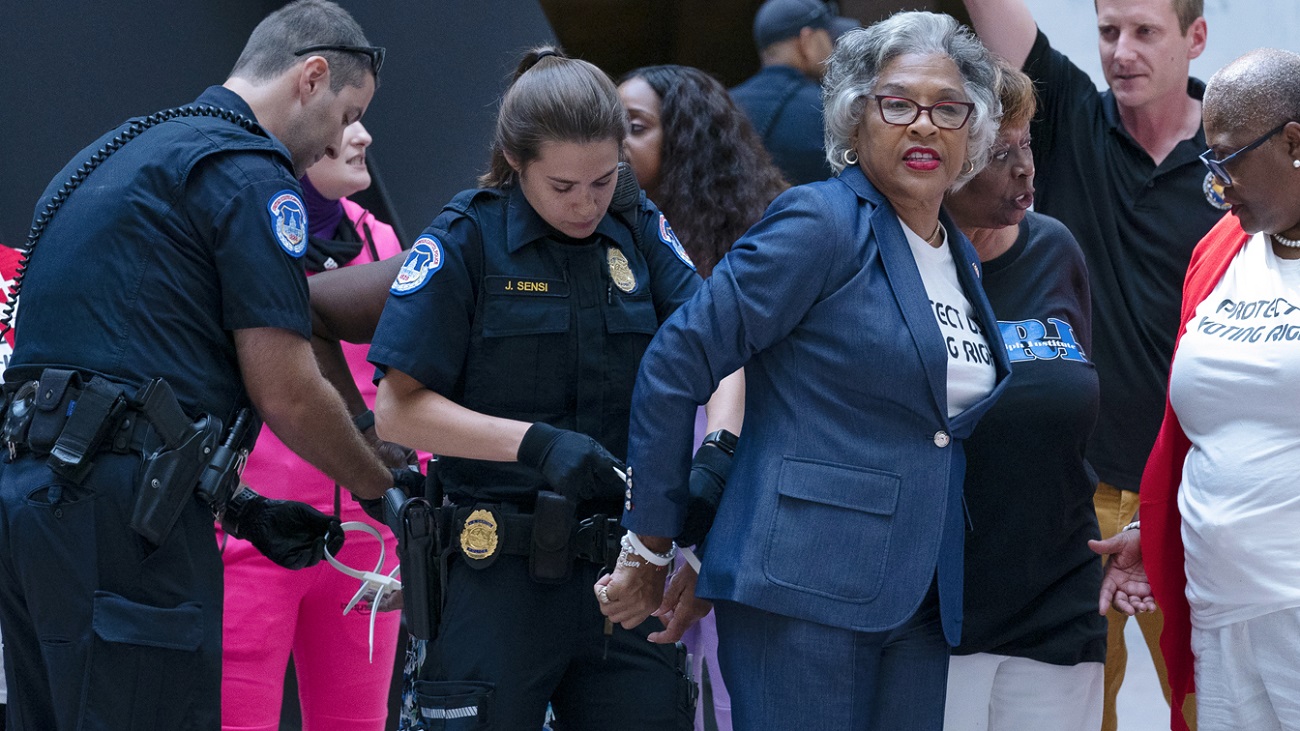 Congresswoman Joyce Beatty, a Democrat of Ohio, was one of nine people arrested during a voting rights protest at the Capitol this afternoon.

Beatty, who serves as the chair of the Congressional Black Caucus, shared a photo on Twitter of US Capitol police (USCP)officers putting a zip-tie on her and escorting her out of the building.

“Let the people vote. Fight for justice,” Beatty said in the tweet.