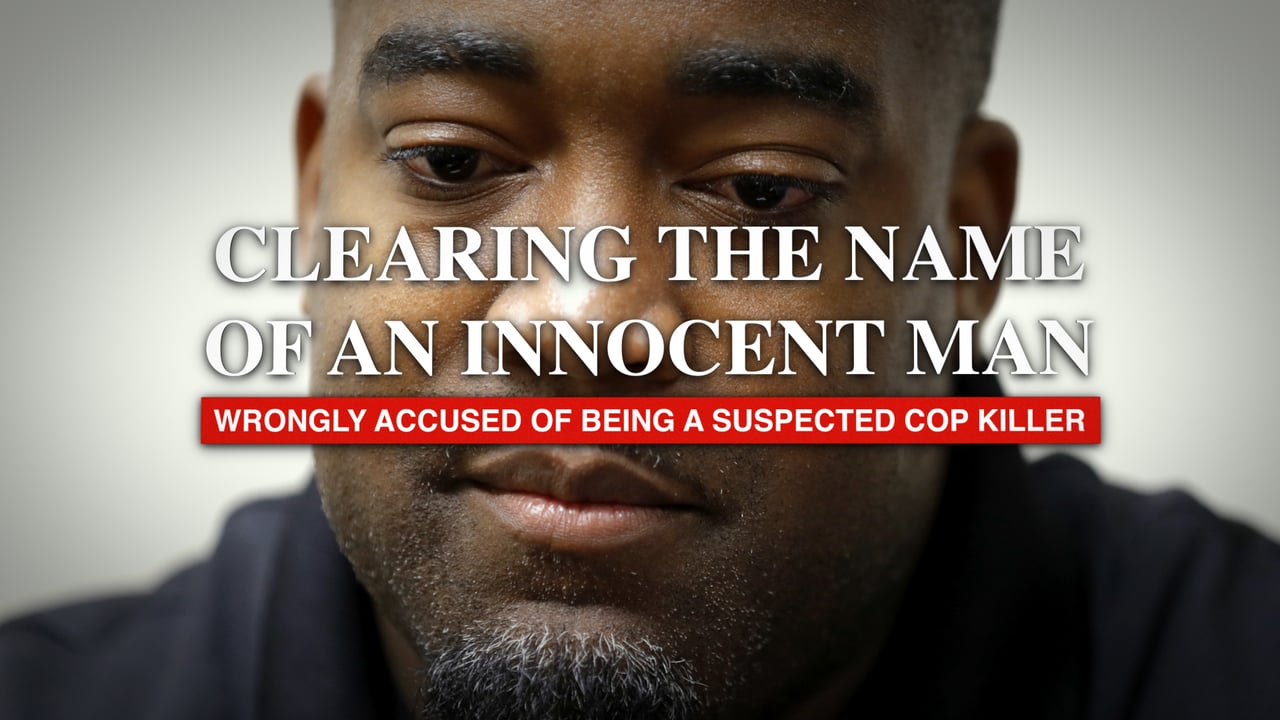 Former head of INTERPOL Ronald Noble asks the Dallas Police Department and the City of Dallas to remove an online Digital Wanted Poster that continues to falsely brand Mark Hughes as the suspected killer of 5 police officers in Dallas on 7 July 2016. In this video, Noble further asks that the Dallas PD begin to undo the harm caused Mark Hughes and his family by employing the same social media to clear his name that it used to wrongly accuse him of being a suspected cop killer in the first place.
Using social media to seek the public’s help to identify a person of interest or suspect believed to be linked to the cold-blooded murder of police officers is understandable and can even be considered good police work during a crisis when both the police and public are in danger as was the case on the 7th and 8th of July 2016. Thanks to the initiative of Cory Hughes, Mark’s elder brother, Mark was identified to the police and the world within minutes of the Dallas Police Department’s Tweet of Mark’s photo requesting the public to help identify the man photographed with a rifle slung over his shoulder and wearing a camouflaged shirt. Now, more than one month has passed since that crisis ended and the Dallas Police Department determined that Mark Hughes had absolutely nothing to do with the sniper attack on police. He was simply a peaceful protester exercising his 2d Amendment right to bear arms. Yet, the City of Dallas and the Dallas Police Department continue to place Mark Hughes, Cory Hughes and their families in danger by continuing to broadcast a Twitter feed of a videotaped press conference of the Mayor of Dallas and the Dallas Chief of Police, during which Mark Hughes’ photo is prominently displayed and referred to as a suspected cop killer who will be brought to justice.
This constitutes a Digital Wanted Poster for Mark Hughes, which has been viewed more than 308,965 times and continues to be available for viewing to this day.
While serving as Secretary General of INTERPOL and Head of several US law enforcement agencies, Mr. Noble led brave and dedicated law enforcement officers in the U.S. and around the world. In his official capacity, he has mourned the loss of law enforcement officers under his command as a result of murders and a terrorist attack. He believes in the U.S. Constitution and its Second Amendment right to bear arms, which Mark Hughes exercised lawfully on July 7th. Mr. Noble is a proud defender of police and (the rule of law) and strongly believes that a healthy, fair and just police department should never allow false accusations made by it against an innocent person to remain uncorrected and visible on its media channels as is happening in the case of Mark Hughes. It should do the right thing and #JustClearHisName.
Please comment and share this video, and be sure to include the hashtag #JustClearHisName.
——-
Ronald Noble is the founder and 100% shareholder of RKN Global.
Between 2000-2014, Mr. Noble was elected three times to serve as INTERPOL Secretary General, and became the first official to visit all of its 190 member countries. He transformed INTERPOL into a global, 24/7 enterprise–regularly deploying Incident Response Teams (IRTs) worldwide to confront serious crimes, terrorist attacks, and natural disasters.
CONNECT WITH RONALD NOBLE:
Site: noblenews.com
rknglobal.com/
twitter.com/RKNGlobal
linkedin.com/company/rkn-global-dwc-llc

The entire congregation of a historically black church in Charlotte, N.C., supports Donald Trump for president over his Democratic rival,...