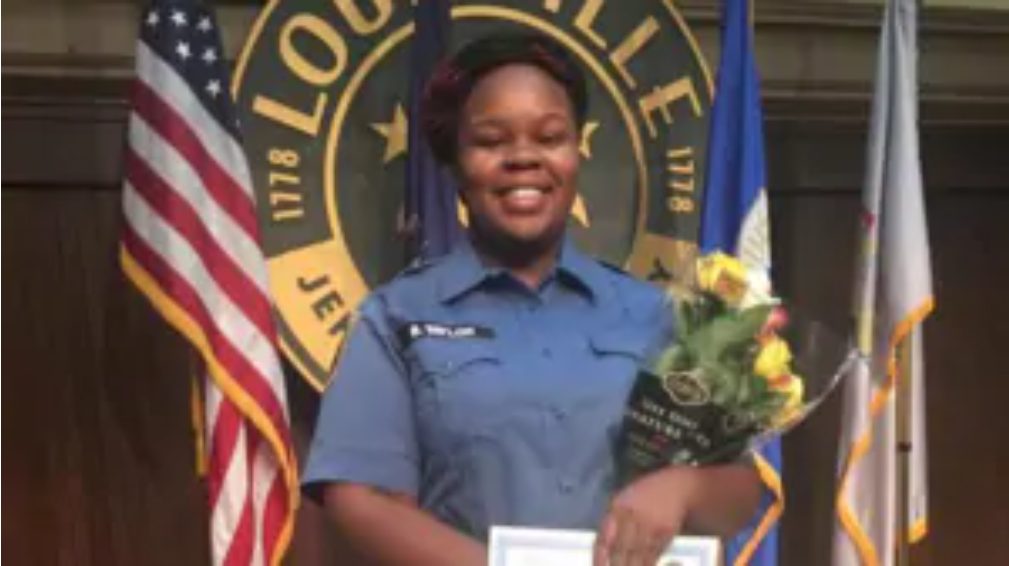 Breonna Taylor’s ex-boyfriend was offered a plea deal if he would claim that she was part of an “organized crime syndicate.”

Jamarcus Glover, Taylor’s ex-boyfriend and the focus of the no-knock raid which took her life, pled not guilty to drug charges Friday. Court records indicated that prosecutors were willing to give him a plea deal if he were to implicate Taylor in his alleged crimes, WDRB reported Monday.

Glover was given the offer by the Jefferson Commonwealth’s Attorney’s office on July 13 to avoid a 10-year prison sentence and be sentenced to possible probation.

In return for leniency, he was required to admit he and “co-codefendants,” were involved in a drug trafficking operation in Louisville, Kentucky through April 22.

According to court records, the crime syndicate sold drugs from an abandoned warehouse and vacant houses in Louisville. Taylor, 26, lived just 10 miles away.

Glover, 30, turned down the plea deal. An attorney representing Taylor’s family in a wrongful death lawsuit blasted officials for “the lengths to which those within the police department and Commonwealth’s Attorney went to after Breonna Taylor’s killing to try and paint a picture of her which was vastly different than the woman she truly was,” Sam Aguiar said.

“The fact that they would try to even represent that she was a co-defendant in a criminal case more than a month after she died is absolutely disgusting.”

Glover told the Louisville Courier-Journal last week that police were attempting to shift the narrative around her death. She died on March 13 after a botched raid in her home in which officers shot her eight times.

Glover believes that law enforcement is now blaming him for their actions. Sgt. Jonathan Mattingly, Detective Myles Cosgrove, and former Detective Brett Hankison were the officers involved in the shooting. Hankison has since been fired from the Louisville police department, theGrio reported in June.

“The police are trying to make it out to be my fault and turning the whole community out here making it look like I brought this to Breonna’s door,” Glover said.

“There was nothing never there or anything ever there, and at the end of the day, they went about it the wrong way and lied on that search warrant and shot that girl out there.”