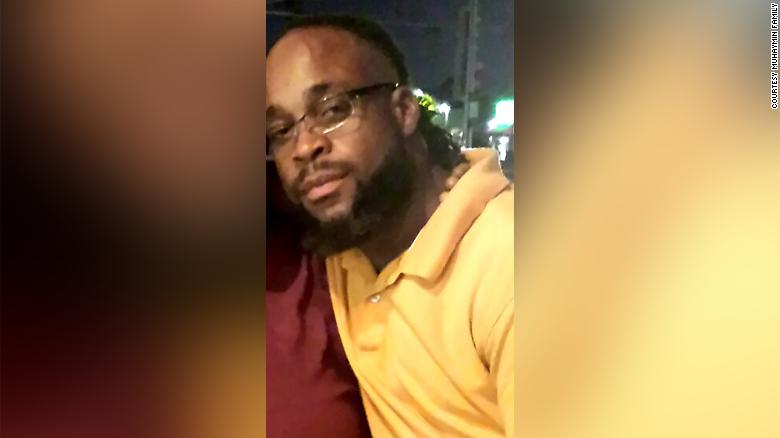 With at least three officers on his legs and back — and yet another applying a knee to his head and neck — the Black man in his 40s cries out “I can’t breathe” multiple times.

He’s not going to help you now,” one of the officers struggling to cuff him says. “Just relax.”

“Please help me,” the man says, in between screams. “Please.”

The man’s shrieks and utterances become groans. His body goes limp, he falls silent, and vomits.

Moments later in the bodycam footage, an officer can be heard saying, “He’s dead.”

The man at the bottom of the pile was Muhammad Muhaymin Jr. His death in police custody on January 4, 2017, has notable similarities with the case of George Floyd, who died on Memorial Day after Minneapolis police officers were atop him for nearly nine minutes — one with a knee on his neck.

The incident — which has drawn some local but little national coverage — is getting a second look against the backdrop of Floyd’s death, which galvanized a movement and has changed the tenor of the national conversation around race and policing.

“We have heard the mayor of Phoenix and the police chief of Phoenix police talk about what happened in Minneapolis, say that they are ashamed, condemn the people involved as if it were something separate from us,” said Viri Hernandez, executive director of Poder in Action, a Phoenix advocacy group. “They never acknowledge that what happened to George Floyd, their police officers did here, to Muhammad Muhaymin.”

Officers involved in the death are still on the force

The incident in Phoenix began with a trip to a public restroom. When the 43-year-old Muhaymin — who struggled with mental illness and intermittent homelessness — tried to carry his emotional support dog, a Chihuahua named Chiquita, into the restroom of a community service center, the manager physically blocked him from entering the men’s room and asked him to leave the dog outside. An argument ensued, and the manager instructed an employee to call 911.