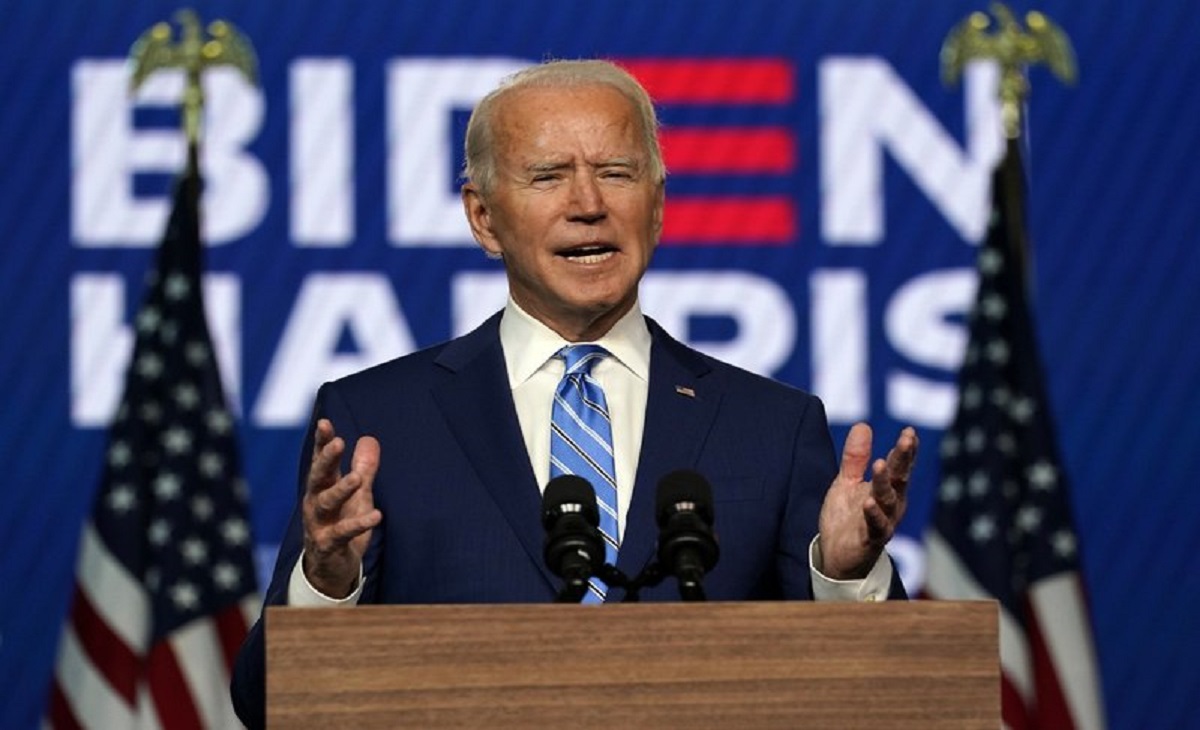 Joe Biden won the battleground prizes of Michigan and Wisconsin on Wednesday, reclaiming a key part of the “blue wall” that slipped away from Democrats four years ago and dramatically narrowing President Donald Trump’s pathway to reelection.

A full day after Election Day, neither candidate had cleared the 270 Electoral College votes needed to win the White House. But Biden’s victories in the Great Lakes states left him at 264, meaning he was one battleground state away from crossing the threshold and becoming president-elect.

Biden, who has received more than 71 million votes, the most in history, was joined by his running mate Kamala Harris at an afternoon news conference and said he now expected to win the presidency, though he stopped short of outright declaring victory.

“I will govern as an American president,” Biden said. ”There will be no red states and blue states when we win. Just the United States of America.”

It was a stark contrast to Trump, who on Wednesday falsely proclaimed that he had won the election, even though millions of votes remained uncounted and the race was far from over.

The Associated Press called Wisconsin for Biden after election officials in the state said all outstanding ballots had been counted, save for a few hundred in one township and an expected small number of provisional votes.