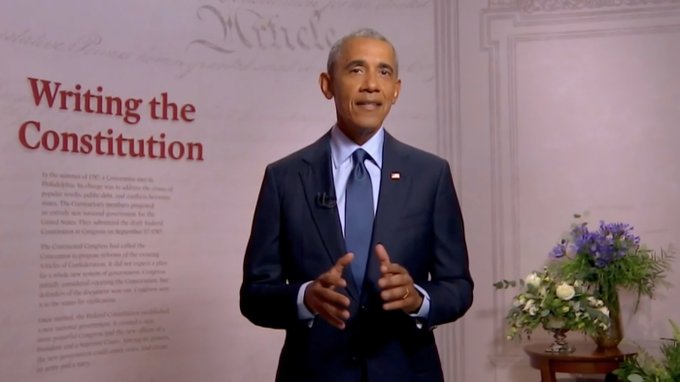 Former President Barack Obama offered some of his most pointed criticism yet of President Donald Trump during remarks at the Democratic National Convention on Wednesday, arguing that his successor has turned the presidency into “one more reality show that he can use to get the attention he craves.”

“What we do these next 76 days will echo through generations to come,” Obama said in one of the most closely watched addresses in the convention’s third night.

“I never expected that my successor would embrace my vision or continue my policies,” Obama said. “I did hope, for the sake of our country, that Donald Trump might show some interest in taking the job seriously; that he might come to feel the weight of the office and discover some reverence for the democracy that had been placed in his care.”

Though Obama has criticized Trump’s policies before, his remarks Wednesday were far more pointed – and personal – than he’s been in the past. Obama rarely mentions the current president by name – even as Trump has slammed his administration on a near-daily basis – but did so twice Wednesday night in his 19-minute speech.

“He has shown no interest in putting in the work; no interest in finding common ground; no interest in using the awesome power of his office to help anyone but himself and his friends,” Obama asserted in a live address delivered from Philadelphia.

“Donald Trump hasn’t grown into the job because he can’t,” Obama said. “And the consequences of that failure are severe.”