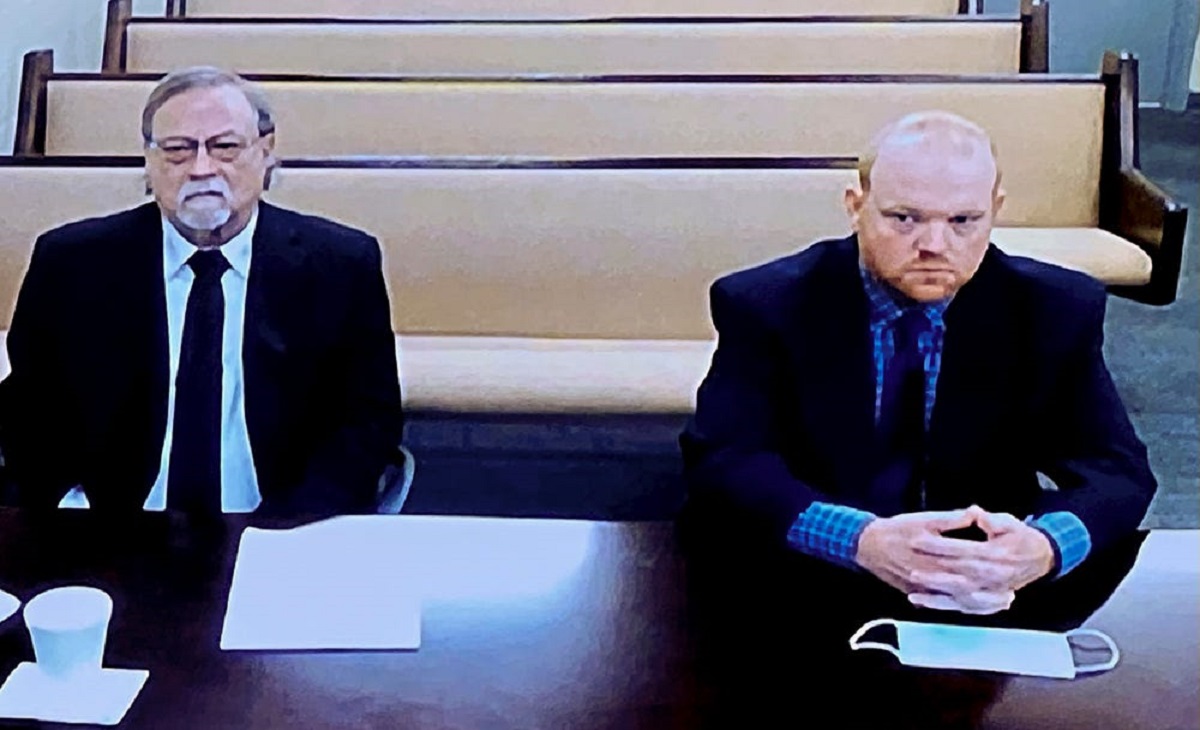 Travis and Gregory McMichael, two of the men charged with the February killing of Ahmaud Arbery, were denied bond by a county judge on Friday.

The decision from Judge Timothy Walmsley follows a nearly two-day bond hearing over the father-son duo, who have been in jail since their arrests in May. They have been charged with murder and aggravated assault alongside William “Roddie” Bryan, who filmed the encounter between the two and Arbery. Bryan was denied bond in a July court hearing. The McMichaels are pleading not guilty.

On Thursday, prosecutors brought evidence of racist social media posts and text messages that Travis McMichael had sent in the months before Arbery’s killing.

The messages were brought up by Jesse Evans, a prosecutor at the Cobb County district attorney office, who said the messages were evidence of racist beliefs, and that the McMichaels should be denied bond.

Evans brought up one text message Travis McMichael sent a friend, Zachary Langford, in 2019, which used a racist slur and apparently described a Black person as a “crackhead” with “gold teeth,” according to the Associated Press.

Langford testified that McMichael was “referring to a raccoon.”

Evans also cited a Facebook post from Langford where Travis McMichael responded with: “Sayonara, you slanty-eyed f—s,” according to the Associated Press. Langford said he didn’t recall the message.

Travis McMichael, one of the three men indicted in the death of Ahmaud Arbery, made racist social media posts and sent...