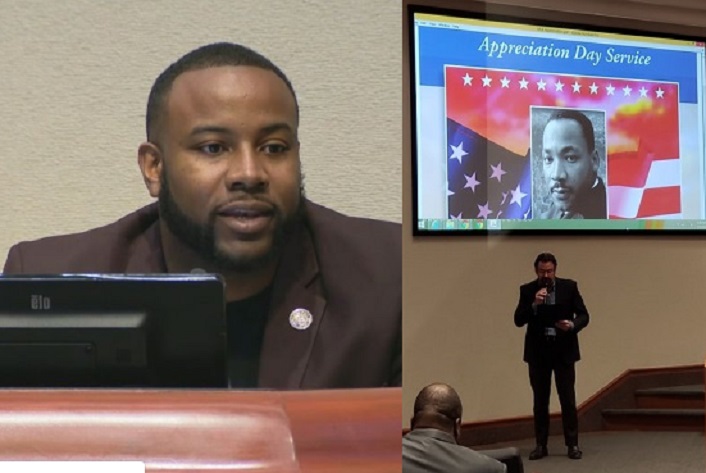 A shining light has been partially dimmed in McKinney as Council certified a petition to recall the only sitting black councilmen.

Mayor George Fuller, mayor pro-tem and two council members are among those who signed the petition.

Shemwell spoke after their comments, calling some of their actions embarrassing.

“I’m not against the police, but I am against police brutality,” he said. “I’m going to fight with every breath in my body, and I’ll see you in court.”

After certifying petition to Recall one of the first black councilmen, Mckinney Mayor moves to recognize Martin Luther King Day. What a slap in the face to all those who believe in democracy, justice, and freedom for all.

The date for the recall election is May 2.