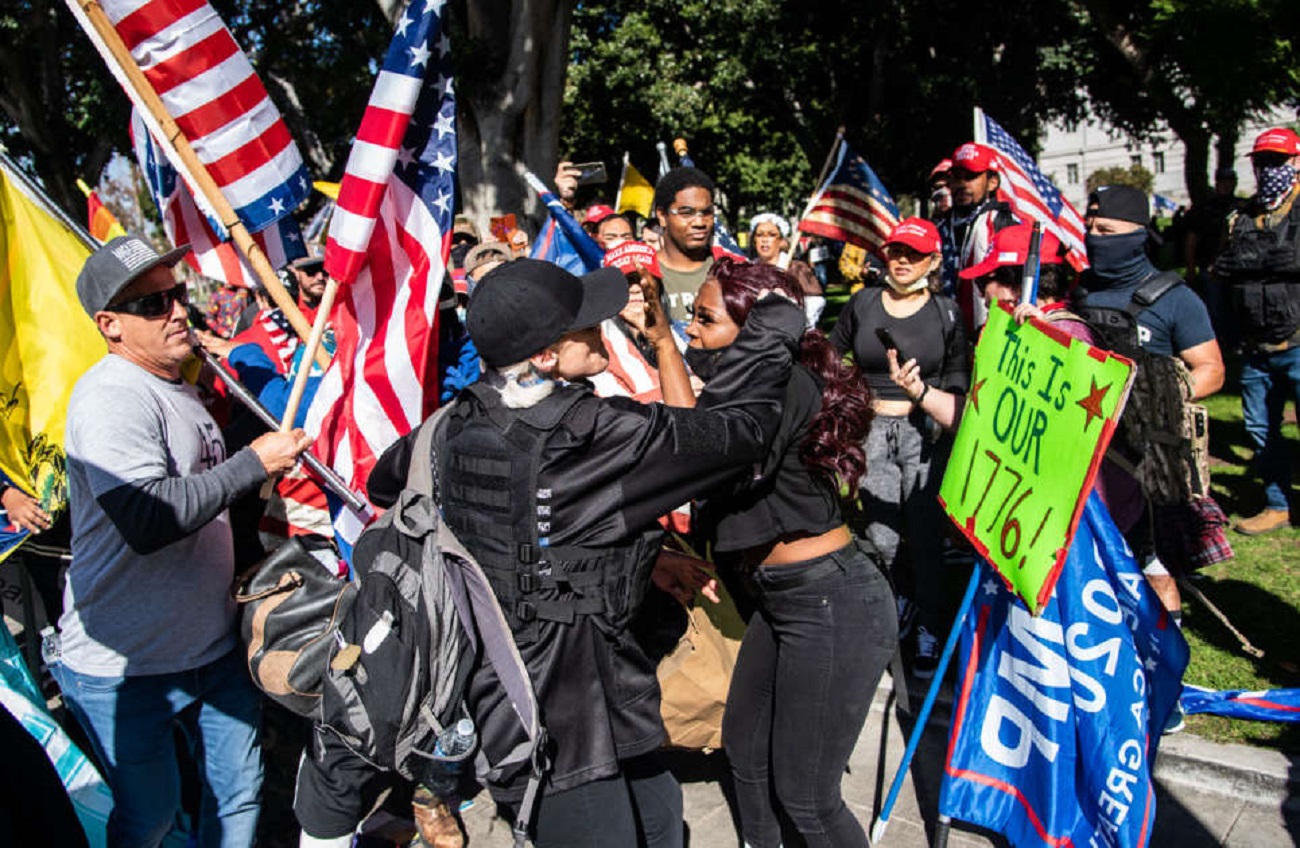 Yesterday’s wild storming of the U.S. Capitol by a mob of Trump insurgents wasn’t the only violence perpetrated by the president’s followers that day.

In downtown Los Angeles, where a coronavirus surge continues to rage, NBC reports that dozens of MAGA supporters also gathered on January 6 to protest and posture in the name of their president.

But rather than smashing windows, the mob at this rally marked the event with a vicious attack on a Black woman.

Berlinda Nibo, a 25-year-old downtown L.A. resident, told The Root that she was walking through her neighborhood on Wednesday with friends like she does every day when they came upon a mass of Trump-flag bearing people rallying and shouting “Stop the Steal.”

Nibo took out her phone to capture the spectacle for Instagram Live, and that’s when she said one of the many white men there fixated on her.

At that point, “I noticed that I was the only Black person there, so I was like maybe I should just move away,” Nibo said. “My friend was like ‘let’s go’ and I said we gotta get out of there.”