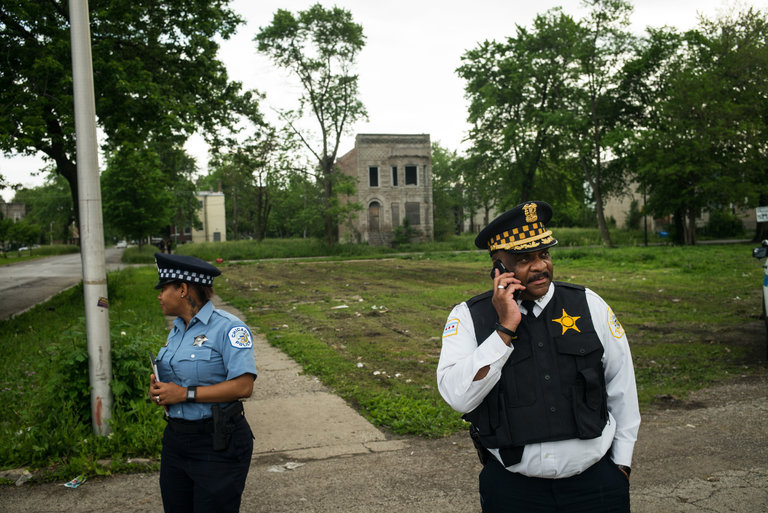 Chicago’s police superintendent called for the firing of seven officers for their response to a colleague’sfatal shooting of Laquan McDonald in 2014, a case that incited widespread protests here and led to accusations of a cover-up.

Mr. McDonald’s death roiled the city, laying bare longstanding tensions between the police and black Chicagoans. The case has led to increased scrutiny and skepticism of the department, including a Justice Department investigation into Chicago police practices and the firing of the previous police superintendent last year as protests intensified.

Superintendent Johnson’s call to fire the officers broadens the political and departmental fallout, which includes pressure on Mayor Rahm Emanuel to provide more transparency and overhaul the police disciplinary system to break down an entrenched “code of silence” among officers and build public trust.

The seven officers recommended for firing were accused of making false reports.

Officer Van Dyke, the only officer who fired his gun that night, has been charged with murder and is awaiting trial. His account of the shooting, which was corroborated by other officers at the scene, was contradicted by dashboard camera video of the shooting that was released in November under public pressure. Though the teenager had a knife, he seemed to be veering away from the police when Officer Van Dyke shot him, and the gunfire continued after Mr. McDonald collapsed to the ground.

Superintendent Johnson stripped the police status of the seven officers he recommended firing. But he cannot terminate them unilaterally. The officers, who were not named, will have a chance to contest the action before the city’s Police Board, whose members are appointed by Mr. Emanuel.