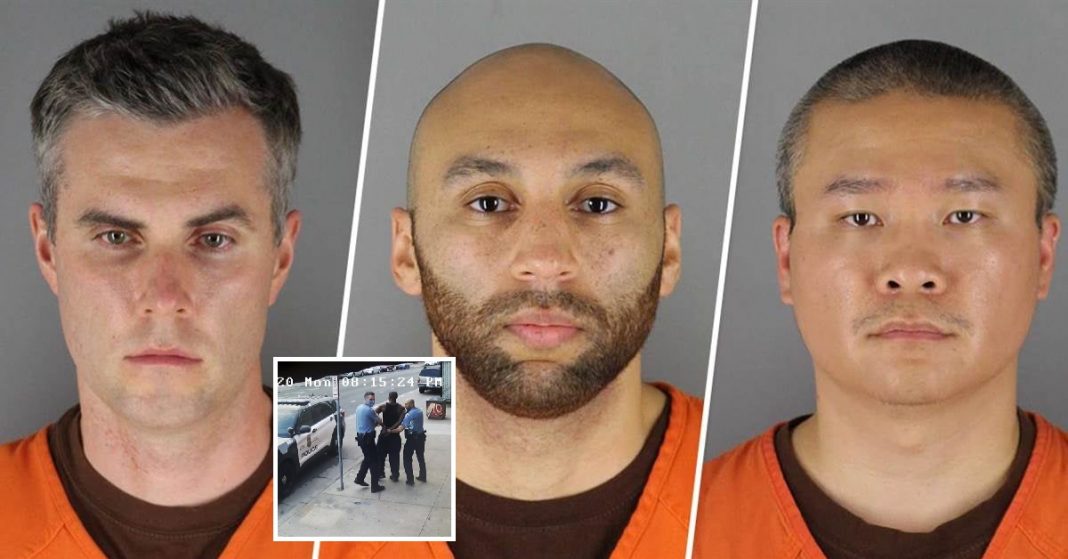 The 12 jurors – four men and eight women – found Lane, Kueng and Thao guilty of depriving Floyd of his civil rights by showing deliberate indifference to his medical needs as former Minneapolis police officer Derek Chauvin knelt on Floyd for more than 9 minutes on May 25, 2020 – ultimately killing him. The jurors also found Thao and Kueng guilty of an additional charge for failing to intervene to stop Chauvin. Lane, who did not face the extra charge, testified that he asked Chauvin twice to reposition Floyd while restraining him but was denied both times.

Violating a person’s civil rights “is punishable by a range of imprisonment up to a life term, or the death penalty, depending upon the circumstances of the crime, and the resulting injury, if any,” according to the Department of Justice. Federal sentencing guidelines suggest the officers could receive a lesser sentence.

The charges stemmed from the officers’ actions – or lack thereof – as Chauvin pressed his knee into the neck and back of Floyd, who was handcuffed and lying on his stomach on the pavement. Kueng and Lane, both rookie officers, held down Floyd’s torso and legs, respectively, while Thao stood nearby and kept a crowd of upset bystanders back.

The case quickly gripped the nation’s attention two years ago when a bystander’s video showed Chauvin kneeling on Floyd’s neck as the 46-year-old Black man pleaded he couldn’t breathe. Floyd’s last words became a rallying cry during a summer of global protests against police brutality and racial injustice.

Chauvin was convicted last spring of murder and manslaughter in a state trial and was sentenced to more than 22 years in prison. Lane, Kueng and Thao, will face a state trial in June on charges of aiding and abetting in the killing, which was pushed back so the federal proceedings could take place first. They have pleaded not guilty to those charges.

As part of a plea agreement, Chauvin pleaded guilty in December to the federal civil rights charges related to Floyd’s death and the restraint of a teenager in a separate incident. He now faces between 20 and 25 years in prison. Prosecutors requested that he be sentenced to 25 years in prison, to be served concurrently with the sentence from his state trial.

The three remaining officers’ federal trial began on January 24. Prosecutors argued Floyd could have survived the arrest but that the three officers, despite knowing the amount of force that was being used, chose not to intervene and save Floyd’s life as he repeatedly complained he couldn’t breathe under Chauvin’s knee.

“It wasn’t a split-second use of force like a gunshot,” Assistant US Attorney Manda Sertich said during closing arguments, referring to Thao and Kueng’s extra charge of not intervening to stop Chauvin. “Not 30 seconds, not a minute, several minutes – 569 seconds.”

The officers’ defense attorneys argued their clients did not willfully fail to help Floyd, with Thao’s lawyer saying in closing arguments that “just because something has a tragic ending doesn’t mean it’s a crime.” Attorneys for Kueng and Lane pointed out their clients had insufficient training and were subordinate to Chauvin, who was a longtime veteran of the force. “We don’t need commanders to tell us that if someone has seniority over you, you listen to them,” Lane’s attorney, Earl Gray, told the court Tuesday. “It’s common sense.”

“They didn’t have to intend to harm Mr. Floyd,” Assistant US Attorney LeeAnn Bell countered during her rebuttal argument Tuesday. “They just needed to know they could take certain actions under the law and failed to do so.”

Darnella Frazier, the now 18-year-old girl who recorded the cell phone video of Floyd’s death, testified she was accompanying her cousin to the Cup Foods store when they encountered officers and a man on the ground who was saying, “I can’t breathe.”

“I didn’t see George Floyd resist at all,” Frazier told the court, but added that Chauvin remained on top of him. Frazier testified she saw Floyd’s nose bleeding as he became unresponsive and then “unconscious.”

Here’s what the three officers said on the stand

Each of the three former officers took the stand to testify about their thoughts and actions during the restraint, a stark contrast from Chauvin’s silence during his state trial.

Kueng and Lane were the first officers to respond to the Cup Foods store on that day after reports that Floyd had tried to use a counterfeit $20 bill. They later helped Chauvin restrain Floyd – Kueng held down Floyd’s torso while Lane held his legs – and Thao held back a group of bystanders shouting at the officers to get off Floyd.

Thao, the first of the three to testify, told the court he assumed the other officers on the scene were “taking care” of Floyd, and that his role transitioned to crowd and traffic control. He testified that he was aware that Lane and Kueng were new officers and said that while he saw Chauvin put a knee to Floyd’s neck, it was not uncommon to see Minneapolis officers use their knee when making an arrest. When prosecutors asked Thao during cross-examination why he didn’t tell Chauvin to get off Floyd’s neck, he said: “I think I would trust a 19-year veteran to figure it out.”

Kueng told jurors last week that he deferred to Chauvin on what to do during the arrest – as other officers did in certain situations as well – since Chauvin was the senior officer on scene with more than 15 years of experience. Kueng testified he was stressed and could not tell how much pressure Chauvin was using with his knee, adding he believed Floyd was still breathing when emergency responders arrived. He told prosecutors during cross-examination that, while he did not have much experience with handling large individuals who were resisting arrest, he was not aware or trained for the “technique using the leg.”

Lane, the second rookie officer, testified Monday he tried to de-escalate the situation outside the Cup Foods and that when Chauvin arrived, he “either asked or cut in front of me,” and later informed Floyd he was under arrest for forgery. Lane testified he asked Chauvin twice if they should reposition Floyd during restraint because he was worried about “excited delirium” – which he defined as “basically an adrenaline overdose” – and Chauvin said no. During cross-examination, Lane said he started CPR about five minutes after Kueng said he could not find a pulse, adding that, ideally, CPR should be started immediately after a pulse cannot be found.